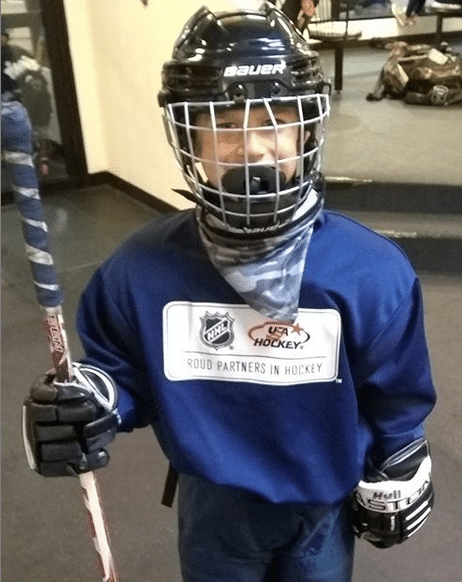 The youth hockey season is upon us.

I never thought I would be a hockey dad.

When my son decided he wanted to forgo playing soccer and basketball this year to instead play hockey I was a little surprised to say the least. I really shouldn’t have been.

The signs have been there for a while.

Two years ago he participated in several learn to skate sessions at our local ice rink. As he learned, he would watch other kids in hockey gear getting ready for practice in complete awe. He would tell me I can’t wait to play hockey.

In the back of my mind I worried about a lot of things including injuries and the cost of hockey. While I placed hockey on the back burner. He never did. 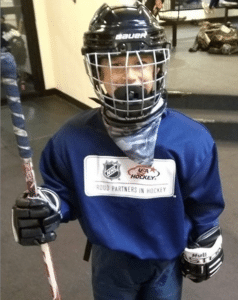 Even though he played both sports well, his mind was always on skating and playing hockey. During both seasons he would ask when the next learn to skate would be available so he could become a better skater. He would practice shooting and other drills in the basement. I should’ve known then that he had the drive and where his heart truly was.

We finally gave in and signed him up for hockey this season. To say he was excited is an understatement. After signing him up to play, reality set in. He hadn’t skated in over a year. Is he really going to be ready to play?

Our area ice arena was closed until early September for the season but there was one in Columbus open year round. A few weeks before the season started we decided to attend one of the open skates just to see how rusty he was. When he got on the ice it was like watching a fawn trying to walk for the first time. He was glued to the wall in an attempt to catch his bearings.

After a few brutal falls it was like he had never stopped skating. One of the encouraging things to see was that when he did fall he hopped right back up. One of the ice rink attendants noticed this and came up to him to offer encouragement saying, ‘a lot of kids just lay there after falling like they’re going to do snow angels. You always get right back up and start skating. That’s what good hockey players do.’

Those words of encouragement and putting him in the same breath as a “real hockey player” made his day. By the end of our open skate session, he was racing around the rink to see how fast he could go.

The smile he had on his face just couldn’t be beat.

Fast forward and we’ve completed three weeks of mini mite hockey. During his first practice it was apparent that he was not going to be the best skater but he certainly made up for it with his determination and not being afraid to go after the puck.

During his first game he even had a confidence booster by scoring a goal.

Each time out on the ice he has improved significantly. What’s most important is that he is having fun out there and doing the best he can. I’m very proud of him.