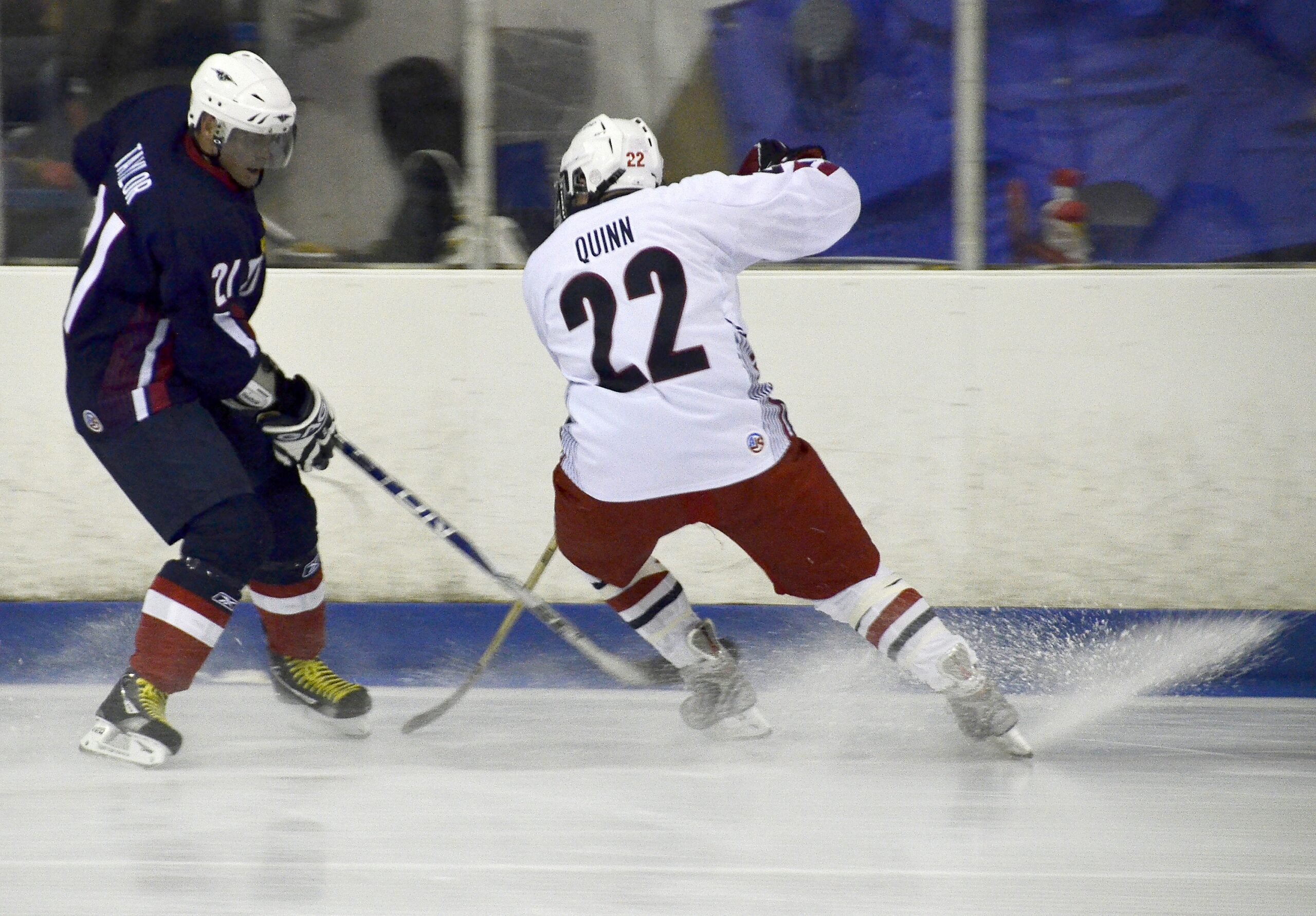 One change that caught my eye from an entertainment standpoint was the removal of the “Spin-O-Rama” during shootouts.

Here’s what the NCAA had to say…not much:

The “spin-o-rama” move, where the player with the puck completes a 360-degree turn while approaching the goal, will not be allowed.

There are several reasons the rule change could have happened.

One being, it is simply following suit with the International Ice Hockey Federation and the National Hockey League and its shootout rules. Many collegiate student athletes have the goal of playing professional hockey. The closer the rules align with professional rules the better for the student athlete.

The NHL ban of the spin-o-rama went into effect for the 2014-15 season. Like the NCAA, the NHL didn’t give a reason for the rule change. It simply made the change.

Another reason for the change could simply be it’s hard for officials to decipher if the play was being executed correctly.

Spin-o-rama rule prior to getting the ax:

“The spin-o-rama type move where the player completes a 360-degree turn as he approaches the goal, shall be permitted as this involves continuous motion. However, should the puck come to a complete stop at any time during the shot attempt, the shot shall be stopped and no goal will be the result.”

In some cases officials couldn’t tell if a complete stop had occurred. It led to headaches in deciding whether the goal should be allowed or waved off.

The spin-o-rama whirling penalty shot move had been a topic of controversy because the rules state that a shootout attempt was over if a player stopped his forward movement. Eliminating the move gets rid of the ambiguity, though it will cut out a staple of highlight-reel films.

In the NHL, there’s the benefit of multiple camera angles and replay. Even with all of the technology in place, the NHL didn’t want to deal with it. It makes sense collegiate hockey which in most cases doesn’t have the benefit of the same camera angles would decide to make the move illegal.

Who will like the spin-o-rama removed during shootouts? Goaltenders. Hands down this benefits the goalie. Not in the way you think. Sure, one less move to prepare for will always be a benefit.

The real benefit is they no longer have to worry about getting deked and then sprayed in the face with snow as a parting gift.

However, with the implementation of 3-on-3 overtime across the board maybe we’ll be seeing more of this:

PROP made a handful of other changes including:

All teams tied at the end of regulation will play a five-minute, 3-on-3 sudden-victory overtime period to decide a winner. If neither team scores, a three-person shootout could be used in conference games or in-season tournaments for advancement purposes.

In regular-season non-conference games that go into overtime, teams are required to play a five-minute, 3-on-3 sudden-victory period. If neither team scores, the result of the game would be a tie.

The panel approved allowing teams to choose which faceoff circle the puck would be dropped in at the start of a power play or after icing violations.

The panel also approved allowing officials to issue a warning on faceoff violations instead of ejecting the center. If a second violation by the same team occurs during the same faceoff, a two-minute, bench-minor penalty for delay of game will be called.

While it remains committed to sportsmanship, the Men’s and Women’s Ice Hockey Rules Committee voted to remove the rule that required team members to shake hands after a game.